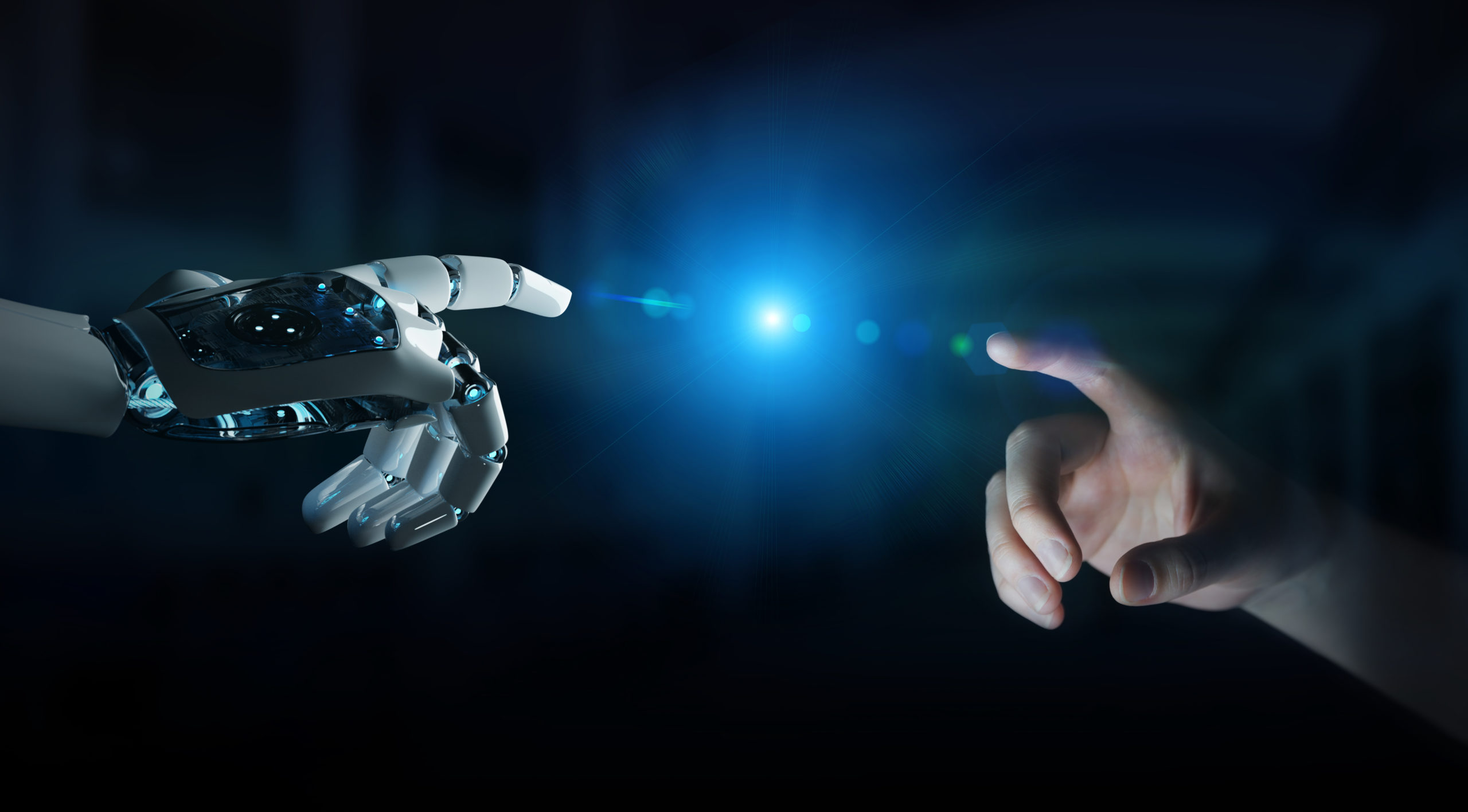 The Challenges and Future of Health Research

Can Artificial Intelligence (AI) really be used to predict how a protein folds based on its unique sequence of Amino Acids? What does the future of health research look like?

The machinery of biology is built from proteins. Proteins comprise chains of amino acids and based on this, a protein’s shape ultimately defines its function.

One of the most challenging problems in modern medicine revolves around predicting the structure of proteins based on their amino acid sequences.

The human body can make an enormous variety of different proteins, with estimates ranging in the tens of thousands. The number and types of amino acids found in a protein influences the manner in which the protein folds into a 3D structure.

Normally, proteins take on whatever shape is most energy efficient, but they can become tangled and mis-folded, leading to disorders such as Parkinson’s and Alzheimer’s disease.

A protein can twist and bend between each amino acid, which means that a protein with hundreds of amino acids has the potential to take on a staggering number of different structures (1 followed by 300 zeroes). Interestingly, this means that there are more ways for a protein to fold than there are atoms in the universe!

Understanding the mechanics of protein folding would obviously be an enormous asset to medicine and drug discovery. Yet up until a decade ago, figuring out which of the many folding configurations a protein would take was a problem researchers continued to struggle with.

The problem remained unsolved until one team of researchers at the University of Washington launched an online game called FoldIt.

The crowds’ contribution to health research

Finding the right folding combo is more than a number-crunching task. Intuition is just as important. So, FoldIt decided to crowdsource this seemingly impossible puzzle by giving players a sequence of amino acids to experiment with and fold into any number of structures.

Within weeks of FoldIt’s release in 2008, tens of thousands of online gamers signed up to compete — young, old, individual puzzle players, and even competitive teams of aspiring scientists.

Their goal? Click, drag and pull a given protein’s chains into configurations that minimize energy, just as molecules self-assemble in real life.

In less than a few weeks, FoldIt proved that the human brain’s pattern recognition capacity in aggregate could outperform even the most complex of computer programs.

Seeing the bigger picture, leveraging spatial reasoning, and following gut instincts on the basis of “what doesn’t look right”, the crowd kept outperforming supercomputers. In doing so, they provided tremendous contributions to Alzheimer’s and cancer research.

In 2011, the FoldIt community even landed an enormous victory in the fight against HIV/AIDS.

In the preceding decade, researchers had struggled to understand the structure of the Mason-Pfizer monkey virus, a critical enzyme in the replication of HIV. Failure after failure left them discouraged, understandably. So, in a last-ditch attempt to leverage the crowd, one Polish scientist turned to FoldIt’s army of puzzle-solvers….

Within just ten days,, one team of online gamers scattered across three continents solved the viral protein’s structure. Yep, online gamers managed to crown the researchers’ decade of hard work in just over a week.

Moving beyond the crowd

For a while, crowdsourcing seemed to be the solution to predicting protein folding. That was until Google’s DeepMind, the world leader in AI, used a new tool called AlphaFold to take part in the Critical Assessment of Structure Prediction (CASP), a worldwide experiment for protein structure prediction that has been taking place every two years since 1994.

The rules of CASP are simple: teams are all given an amino acid sequence, and the team that submits the most accurate structure prediction wins.

DeepMind created the AlphaFold tool to aid drug discovery by predicting protein folding. And what better way to monitor the software’s progress than by taking part in CASP, where it would compete against research groups from all over the world, most of which participate in CASP on a regular basis?

During its first participation in CASP last year, AlphaFold took top honours, beating its 97 competitors by predicting the most accurate structure for 25 out of 43 proteins. The second place was only able to predict three out of 43 proteins!

This victory represents the second step in an evolution from the crowd to pure AI, as AI is now beginning to take over highly complex tasks from the crowd.

That being said, AlphaFold is only the beginning of AI’s quest to make a real impact in disease treatment and medical breakthroughs.

A collaboration between the crowd and AI

What if we could combine the collective intelligence of the crowd with the computational power of machines?

We know two brains are better than one. But imagine the progress we’d see if we could take advantage of a hundred, a thousand, or even eight billion!

Back in 2016, Eric Schmidt, then Executive Chairman of Google, suggested that the “next Google” will be a crowdsourcing AI company: “[That] model, [in which] you crowdsource information in, you learn it, and then you sell it, is in my view a highly-likely candidate for the next $100 billion corporations.

“If I was starting a company, I’d start with that premise today. How can I use this concept of scalability and get my users to teach me? If my users teach me and I can sell to them and others a service that is better than their knowledge, it’s a win for everybody.”

We live in a special moment in history where AI can facilitate and even enhance the genius of collective human intelligence. Combining AI and crowdsourced wisdom offer incredible benefits.

In the case of collective intelligence, humans have the major advantage of intuition.

We know when to crunch numbers or which tools to use. And unlike pretty much all AI systems, we can also often explain the reasoning behind our decisions and choices.

When combined, the aggregate predictions of crowds tend to be extraordinarily accurate, far exceeding individual estimates (as was seen with FoldIt).

But even aggregating the expertise and ideas of thousands of minds has its limits and inaccuracies. This is where AI-aided swarm intelligence comes in.

Firstly, the Massachusetts Institute of Technology’s (MIT) Center for Collective Intelligence is working to combine the best of collective genius with machine systems that optimize our productivity, hive mind solutions and even the methods we use to think about difficult issues.

Given any question, Swarm AI projects several possible answers on a screen, measuring the confidence with which each player pulls a virtual bubble toward their preferred answer.

Aggregating “collective confidence” of the group, Unanimous’ algorithm then settles on an answer, surpassing all traditional voting systems. Its success has been used and seen in sports and Oscar betting already.

But how is it helping health research?

Thanks to Swarm AI-moderated group predictions, researchers have seen a huge upgrade to radiological evaluations. When moderating the assessments of eight leading Stanford radiologists regarding whether 50 chest X-rays showed signs of pneumonia, Unanimous’ software yielded a group prediction 33% more accurate than any individual evaluation.

“Our intelligence is what makes us human, and AI is an extension of that quality.” – Yann LeCun

Using crowdsourcing to train AI systems is evolving into one of the most overlooked and extraordinary industries of the next decade.

As we continue to approach the merging of mind and machine at an ever-accelerating pace, just imagine the unprecedented new solutions we can create together.

Any cookies that may not be particularly necessary for the website to function and is used specifically to collect user personal data via analytics, ads, other embedded contents are termed as non-necessary cookies. It is mandatory to procure user consent prior to running these cookies on your website.